Rosie & Jim are thrilled to announce
we have won the Innovation Award at the FreeFrom Food Awards 2020! 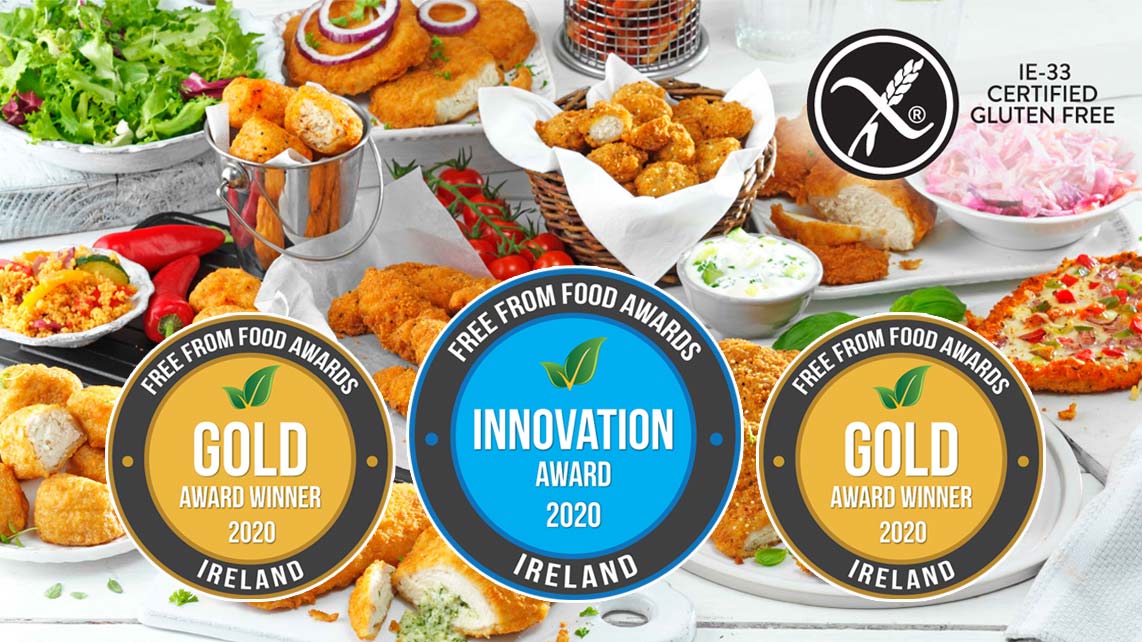 Our Southern Fried Fillets won Gold in Kids Choice; Our Battered Chunks won Gold in Parents Choice AND our the Rosie & Jim Gluten Free Range have won the Innovation Award!

Another success year at The Irish Quality Food Awards 2019 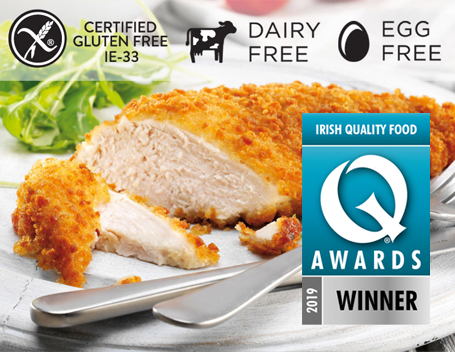 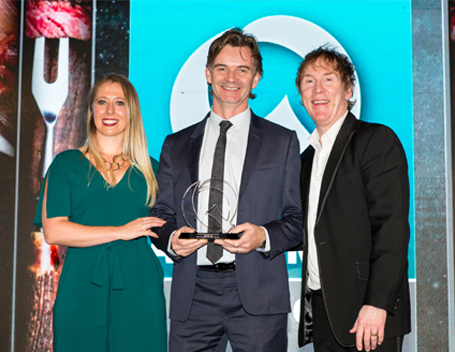 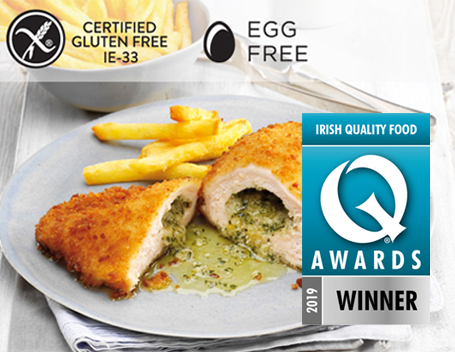 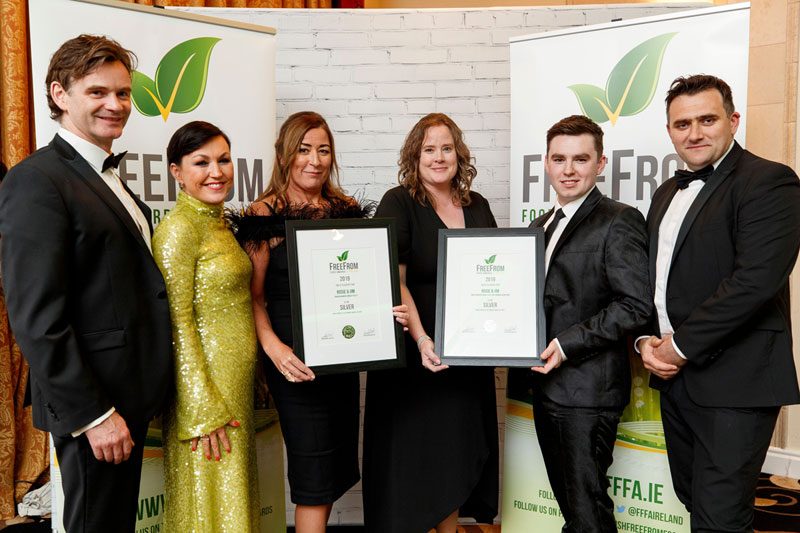 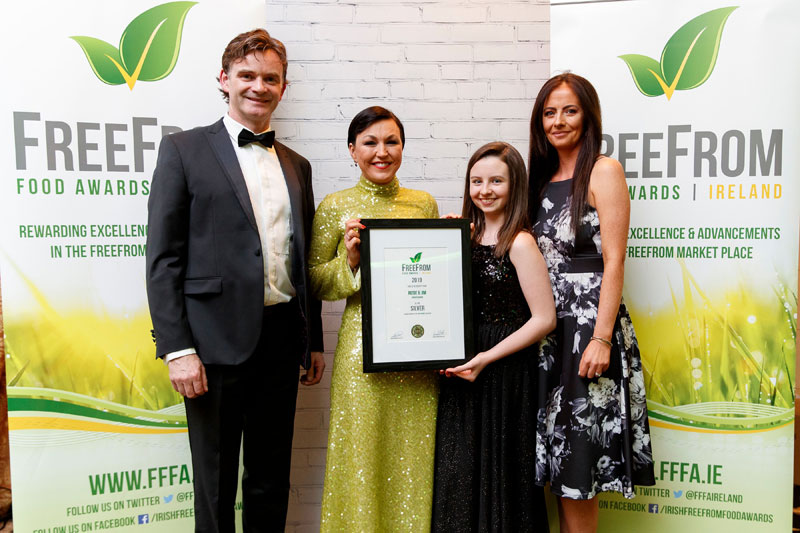 Tracey and Peter, pictured below, picked up the awards. 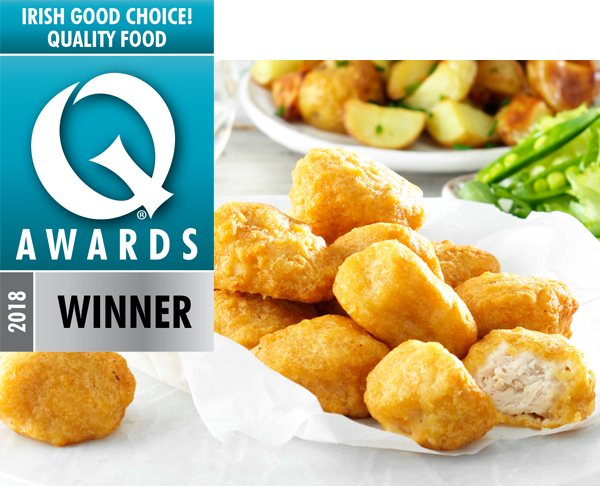 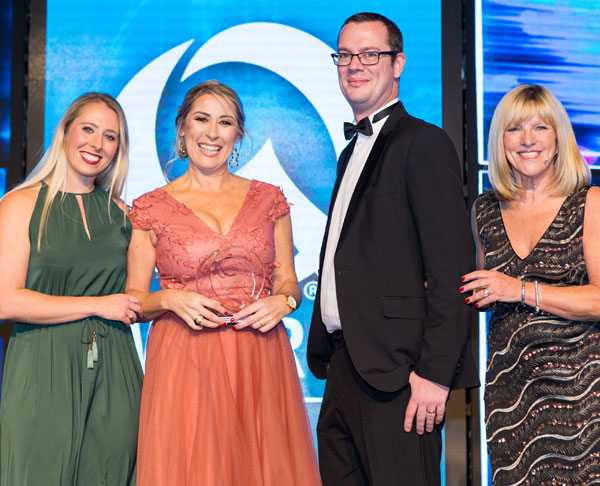 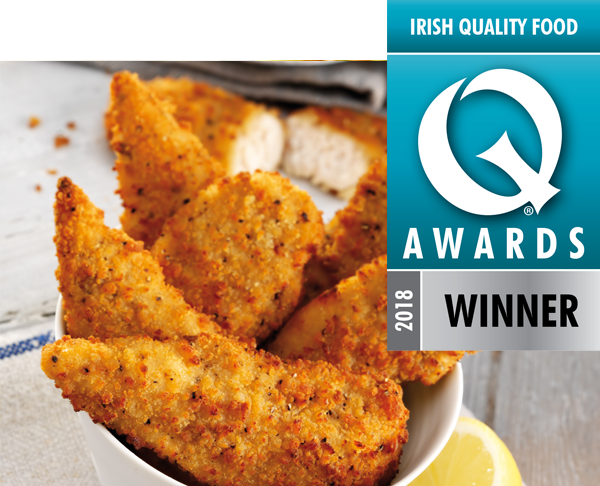 Rose & Jim were a big winner at the FreeFrom Food Awards 2018 Gala Presentations which took place in the Crowne Plaza Hotel, Northwood.

The FreeFrom industry assembled to find out who would scoop the Gold, Silvers or Bronze awards for products judged by panels that included coeliacs, parents of FreeFrom children, nutritionists, dietitians, chefs, foodies and bloggers. 600 entries were put before over 40 judges throughout a two-week period culminating in over 135 awards presented across 45 categories including Innovation, Product Range and Product of the Year.

"Helping to normalise life for those on Free From diets" 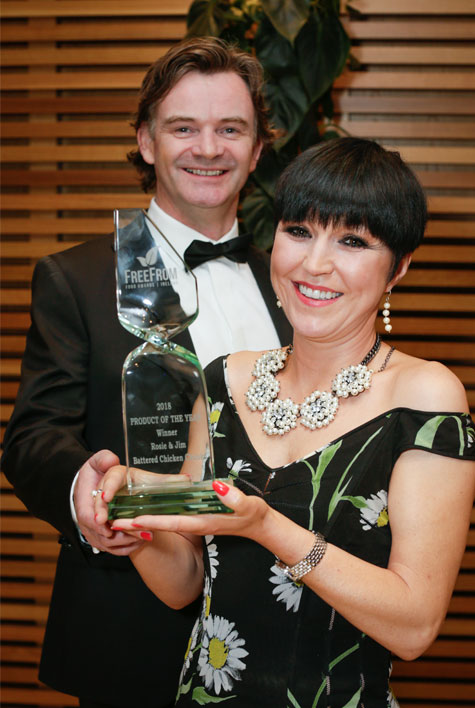 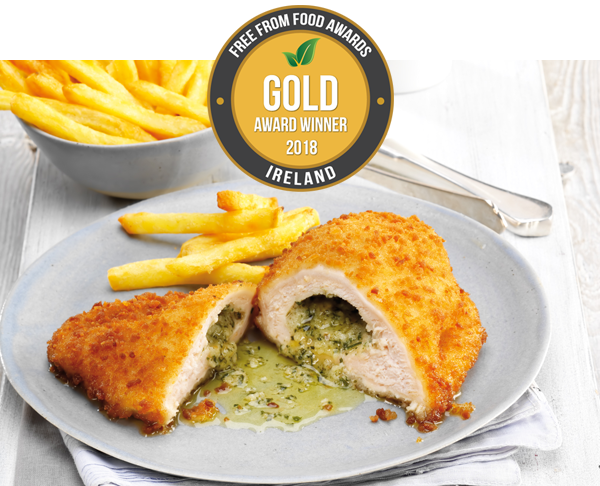 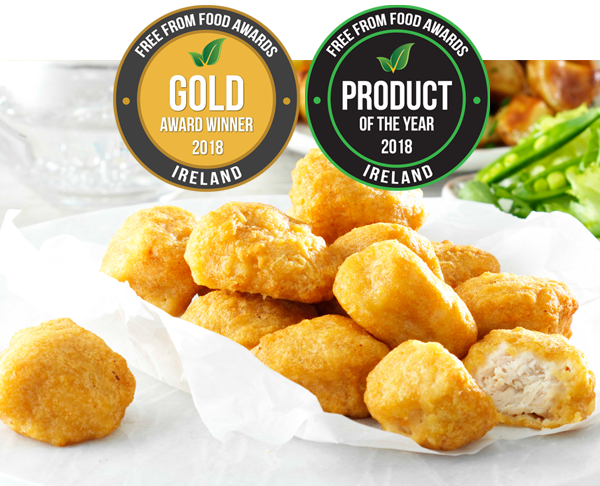 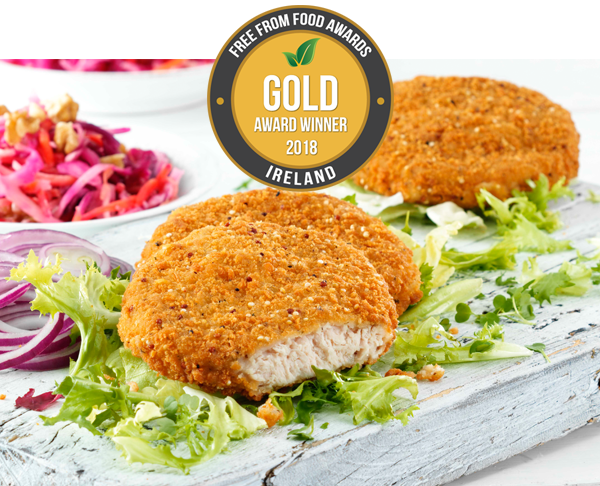